Another Monday, another wonderful death scene to talk about! Welcome back and I hope this post finds you in good health. I’m lying on my sofa with my lady and my cat within 5 feet of me, so I’m in a good place. Today’s kill comes courtesy of the deadly flying sphere in Don Coscarelli’s 1979 horror/sci-fi classic Phantasm! 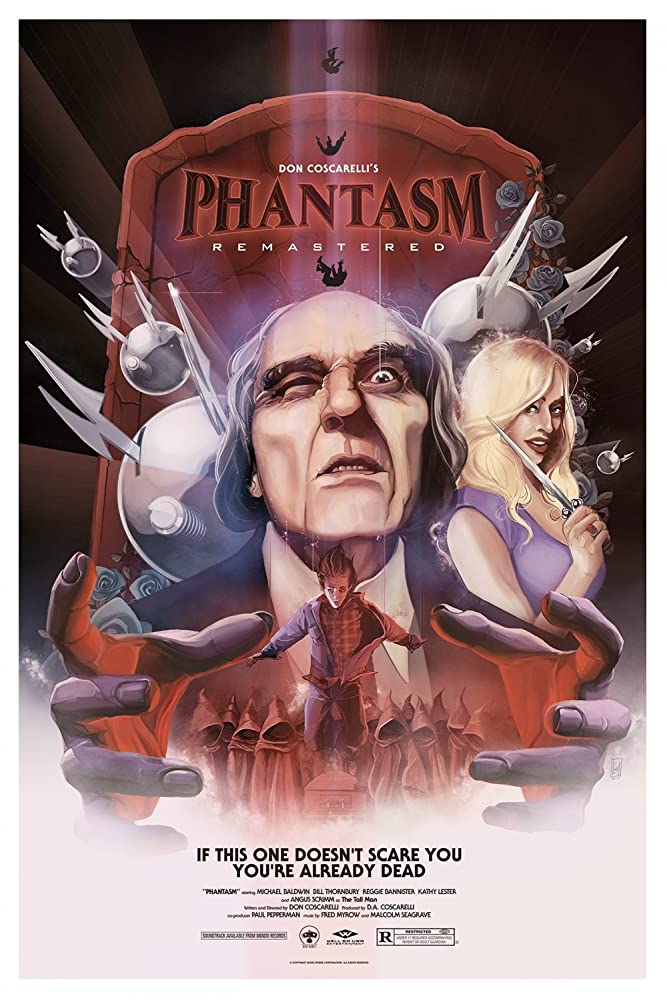 This is one of those JV franchises that I’m not super familiar with. I’ve seen the original a number of times, but I’ve never seen any of the sequels and I’m largely unfamiliar with

the universe. Perhaps I’ll rectify that at some point, but for now I’m content with the mystery surrounding The Tall Man (the late Angus Scrimm) and the killer sphere.

The film deals with said Tall Man, dwarf slaves and a portal to another dimension, but it doesn’t give much explanation beyond what you’re seeing. And (SPOILERS)….the whole 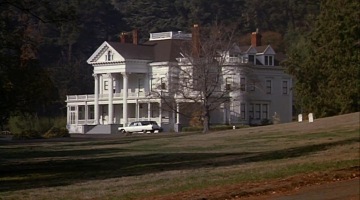 movie is apparently a bad dream? It’s a weird flick and kudos to Coscarelli for dreaming up this strange little world.

The scene I’m showing involves our protagonist, Mike (A. Michael Baldwin), a 13-year-old boy investigating the weird happenings at the funeral home where Mike’s parents were laid to rest. He repeatedly spies on his older brother, Jody (Bill Thornbury), out of fear that he is going to leave town and send Mike to live with other relatives. While spying, he keeps seeing/hearing evil dwarfs and sees The Tall Man lift a casket into a hearse all by himself. Clearly, something otherworldly is going on here. 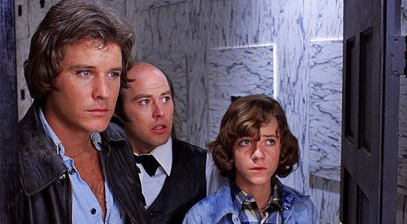 Before long Mike’s presence is felt in the funeral home and he knows it. As he runs away the deadly sphere comes flying around the corner and sets its sights on Mike. He barely dodges the first attack and then he is detained by a nameless man who also works at the funeral home.

Meanwhile, the sphere circles back and bears down on Mike again. Just before it sinks its blades in, he bites the man’s arm and wrestles himself out of his grasp. Mike ducks away and the sphere finds the strange man instead and digs into his head. A drill comes 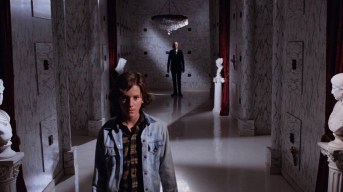 out and burrows into his head, and then we are treated to a semi-humorous shot of a very neat stream of blood being sucked out of his body. The only thing missing is the man’s lifeless body deflating, collapsing in a heap a la Sheila’s death in A Nightmare on Elm Street 4: The Dream Master (1988).

The scene is notable for being the introduction of the killer flying sphere, which ranks 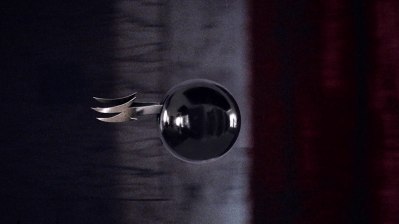 If you’ve seen any of the sequels drop a comment and tell me if they’re worth diving into. Otherwise, enjoy the video and come back on Thursday for #16 on the list of the Best Horror Movie Kills of All-Time!

Filipino horror, anyone? 🧛‍♂️ 🇵🇭
#Giallo January 🔪🧤🪓
Sometimes it's nice having Christmas and my birthday fall within a week of each other 😎🎉🎄
Merry Christmas all!! 🎄📷
Merry Christmas to me! 🎄🎁
Post-Halloween malaise is a thing 😩🎃👻
HAPPY HALLOWEEN!! 🎃🕸👻
Look what arrived today from @shoutfactory 🧟🧟‍♀️