Happy Thursday, everyone! The situation around the world is heading further into turmoil, but that’s not going to stop me from delivering my next scene for your blood thirsty pleasure. *Casey Kasem voice* And coming in at #18 on the countdown of The Best Horror Movie Kills of All-Time is: Suicide meets Tarman in The Return of the Living Dead (1985). 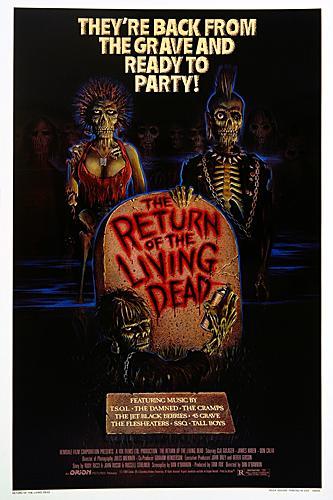 Horror-comedy is no easy task to pull off, which is why they are largely untarnished by time’s tightening grasp when they’re done well. Dan O’Bannon’s fresh take on the zombie 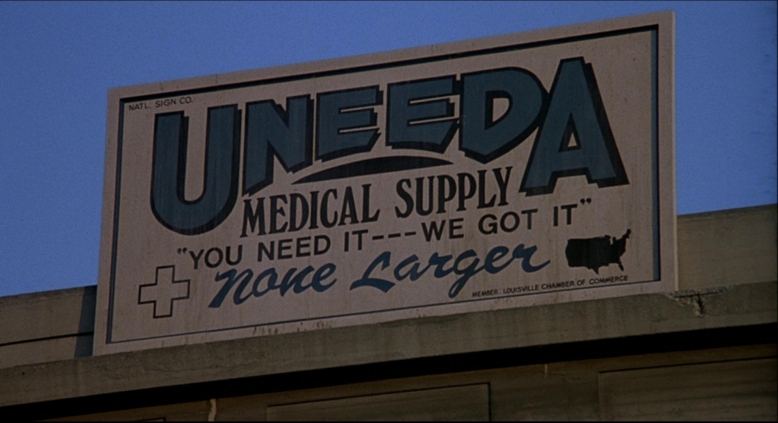 genre has so much respect for its predecessors that it goes out of its way to detail how the events of George A. Romero’s seminal film, Night of the Living Dead (1968), actually happened within the universe this film creates. It pays its respects while creating something wholly different in style and tone.

The catalyst for the story is about two medical supply company clerks, Freddy (Thom Mathews) and Frank (the late James Karen), who mistakenly release a substance called 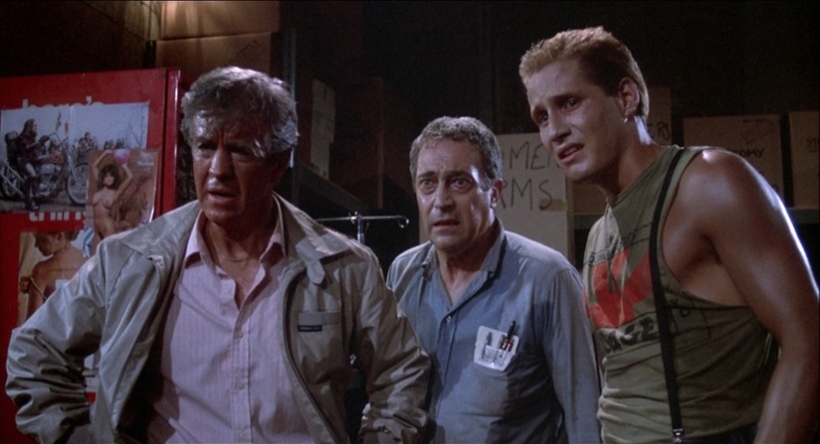 Trioxin 2-4-5 from a lost military drum they’ve been keeping in the basement of the supply company. The release of the gas starts a chain-reaction that eventually leads to a localized outbreak of intelligent, aggressive zombies in search of…..braaaaaaiiiinnnssss!

Running parallel to this story is a group of 80’s clichés (mostly punks and other outcasts) waiting for Freddy to get off work so they can party for 4th of July. They have time to kill so they break in to a locked-up cemetery right next door to the warehouse and get the partying started. Eventually 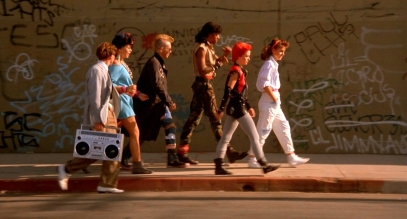 Freddy’s girlfriend, Tina (Beverly Randolph), gets tired of waiting and decides to see what’s taking him so long and heads in to inspect the warehouse, unbeknownst to her what awaits her in the basement.

When the gas is inadvertently released into the air and a rain storm ensues, effectively soaking the neighboring cemetery in the re-animating agent, the group seeks shelter in the warehouse and set out to find Tina and Freddy.

The video will take you the rest of the way through the scene. 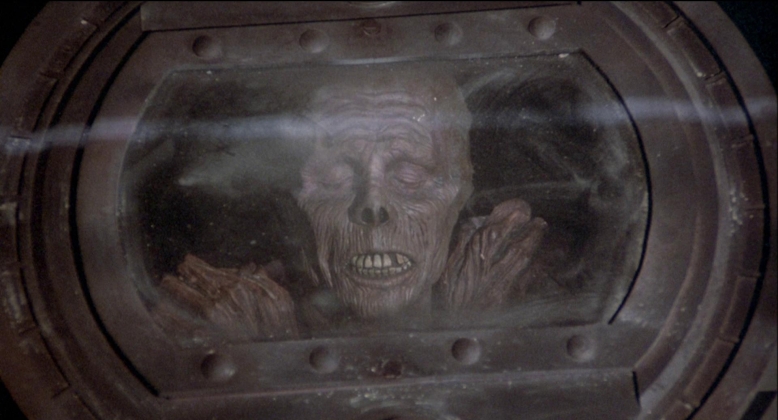 I’ve ranked this scene because it is notable for introducing the world to a horror legend, “Tarman”, and his signature line, and because of how abruptly violent the attack is while maintaining a Looney Tunes level of physical comedy. It’s gory and vicious, to be sure, but you also can’t help but smile through the whole thing.

Enjoy the video, folks, and check back on Monday for #17 on the list of the Best Horror Movie Kills of All-Time!