Remember when I promised you more intense kills in the top 10, but I reneged on that promise almost immediately? Well, now we’ve arrived.

#9 on the list comes to us from the twisted mind of author Stephen King, director Andy Muschietti and a demented, dancing clown in the most recent adaptation of IT. 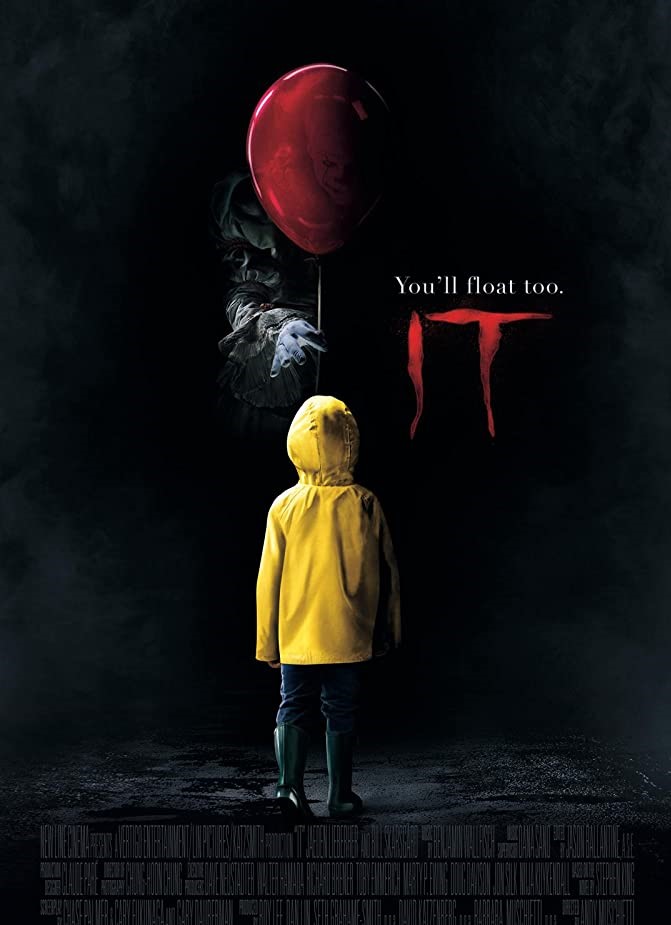 Baggage can be a good thing or a bad thing, depending on the source. When a piece of art is re-created, adapted, sequel-ized, re-booted, or any other word that says “this work is based on a previously existing piece of material”, there’s always baggage, or perhaps you’d call it expectations, justified or not. Most times the new product is inferior, though not necessarily because the work didn’t successfully maneuver its subject. Usually it fails to live up to expectations.

Take, for instance, the 2010 remake of Wes Craven’s A Nightmare on Elm Street. There are famous beats from the original film that the remake tried to hit, such as re-creating Tina’s surreal death and Freddy’s face pushing through the wall above Nancy’s bed. Both are iconic images and sequences that the remake failed spectacularly to emulate. For

Samuel Bayer’s attempt to pay homage to Craven’s classic, these scenes proved impossible to equal or improve upon for two reasons: 1) the scenes in the original film were/are shocking and executed perfectly, and 2) Bayer’s attempts were half-assed and marred by overuse of CGI.

previously adapted into a well-regarded, two-part TV movie that prompted a crippling fear of clowns and scarred a generation of children.

The antagonist, “Pennywise the Dancing Clown”, has been in the pop culture lexicon since King’s herculean tome was published in 1986 and then the character was notoriously portrayed by Tim Curry in the 1990 adaptation. So when Bill Skarsgard was cast as this most recent iteration of the coulrophobia inducing demon, there were some big shoes to fill (pun partially intended).

One sequence, in particular, was always going to be the barometer of how successful this version would be. If you’ve read the book or seen the 1990 TV movie, then you already know which sequence I’m talking about.

The most memorable scene, and the inciting incident, is the death of little Georgie Denbrough (Jackson Robert Scott).

Georgie is the younger brother of Bill Denbrough (Jaeden Lieberher). Bill is sick in bed one rainy afternoon, so he builds his little brother a paper sailboat to play with outside. Georgie is grateful to his big brother for his present, so he gives Bill a big ol’ hug and heads outside in his yellow rain slicker and galoshes to take the boat for her inaugural voyage.

The build-up to what’s about to happen is everything in this scene. His joy is a pleasure to watch while it simultaneously fills you with dread of the inevitable. It’s only a matter of

time before Georgie’s innocence will come face-to-face with evil incarnate in the form of the deceitful clown, who appears in a storm drain when Georgie’s sailboat gets away from him. And, unlike many other filmmakers who try to conceive of unique ways to re-tell moments that are ingrained into the public consciousness, Andy Muschietti and Bill Skarsgard knock it out of the park.

The sequence goes on longer than the same scene in the TV movie, which serves this film well. It knows your expectations, and it makes you wait for the payoff. The anticipation builds to a crescendo

and is anchored by a chilling performance from Skarsgard as the otherworldly thing that all children fear in the darkness of their basement or hiding in their closet at night as they go to sleep.

If I have one gripe here it’s with the CGI, which is unnecessary but doesn’t totally sink the scene. Whatever favor is lost by the CGI is gained back by that hellish arm reaching out from the drain to pull Georgie

down to his eternal rest. And if Georgie calling out for his big brother in his last gasp for help doesn’t chill your blood and break your heart, then we can’t be friends. I’m sorry.

Ok, that’s all! I hope you enjoy the clip and don’t forget to check back on Thursday to find out which scene is #8 on my list of The Best Horror Movie Kills of All-Time!