I finally saw Parasite last weekend and I’ve been digesting it since, so I suppose this post is a bit of a brain-dump as opposed to a formal analysis. There will be **spoilers** if you have not seen the film.

Joon-ho Bong’s film is a social experiment neatly tucked inside a tragi-comedy/thriller, and I’m still wrapping my head around the completeness of it all. Narratively, it’s a story about a poor South Korean family that stumbles into a con they play on a wealthy family, and what ensues is anything but predictable.

Bong’s angle on the concept is pretty simple: he wants you to know he’s making a film about social classes. The text is littered with flashing lights that want you to believe you know where the story is going and make you think you know Bong’s perspective on class politics. Starting with the title:

par·a·site: an organism that lives in or on an organism of another species (its host) and benefits by deriving nutrients at the other’s expense.

We know that class relationships will be explored from this alone. And Bong’s set-up is pretty standard: there is a very wealthy family and a very poor family, each of them heading in drastically opposite directions. When we meet the lower-class Kim family they are literally cramming themselves into minuscule spaces so they can steal free wi-fi from their neighbors. They are jobless and broke, but they are not without skills.

The inciting incident occurs when the Kim’s college-aged son, Ki-woo (Woo-sik Choi), is offered the position of English tutor to the daughter of the wealthy Park family. Ki-woo’s friend, Min, is heading off to study abroad and he recommends Ki-woo as his successor to this position. Though he lacks the formal education required for the job, this doesn’t disqualify him as a worthy candidate, and this is where Bong starts to layer in some class politics.

After some consternation about his lack of qualifications, Ki-woo agrees to meet with Mrs. Park for an interview, and, in essence, the game begins. Ki-woo’s sister, Ki-jung (So-dam Park), puts her digital art skills to work and forges some documents for Ki-woo to fake his way through the interview.

Occupying the upper-class space in the narrative is the auspicious Park family. They live in an elegant labyrinth of a home that was designed by a world-famous architect, they have a live-in housekeeper who has lived and worked there since the home was built, and they employ a full-time driver with a gentlemanly disposition. Seemingly, things are perfect.

Is it all a fake, or are we to believe that these are good people? Which family is the parasite?

A traditional plot would unravel the upper-class family and lay they faults and vices bare. But, Bong is anything but a traditionalist.

The social structure goes like this: the lower-class depend on the wealthy for employment, yet the wealthy are just as indebted to their employees in order to go about their everyday life. The script deftly points out the disparity in skill and knowledge between the two classes. Mrs. Park has no real skills aside from managing the help and she proves to be the most gullible and naive character, despite her matriarchal position. Hell, there are parts of the mansion that the Park’s don’t even know about! It’s a case of upper-class naivety versus lower-class street knowledge. Who has the upper hand? 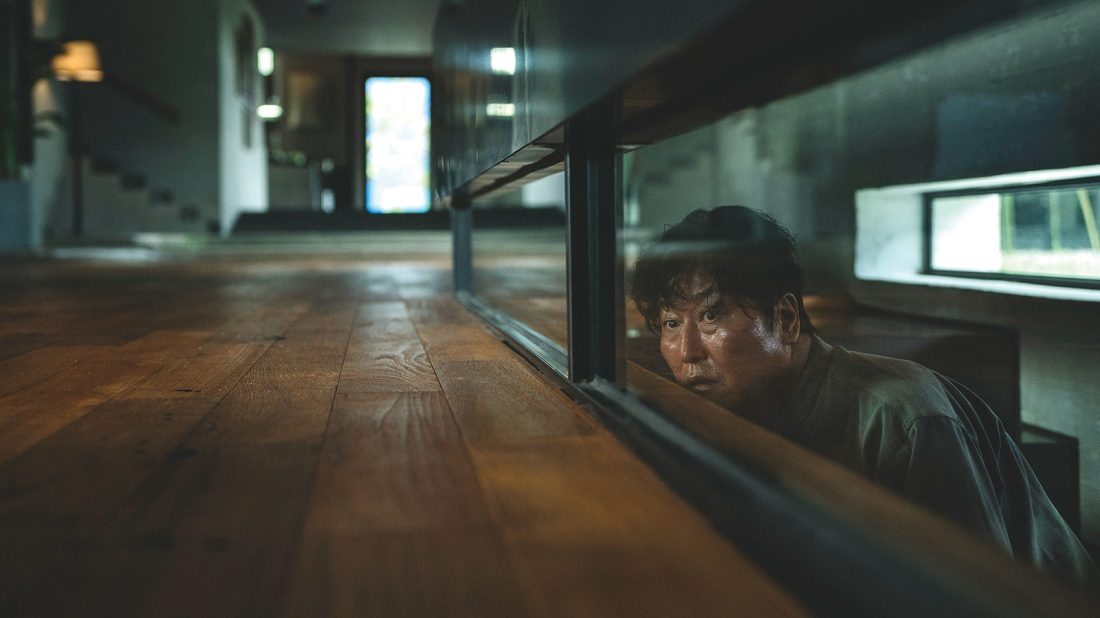 When Mrs. Park and Ki-woo are discussing the artistry of the Park’s youngest son’s paintings, Ki-Woo spouts some pseudo-intellectual analysis of the paintings, conning Mrs. Park into hiring an art instructor to cultivate the boy’s “genius”. It’s all part of the scam. The “art instructor” Ki-woo recommends is Ki-jung, who ultimately proves to be the mastermind of the Kim family.

The scam continues to snow-ball as such: once Ki-jung is hired, she and Ki-woo lie and scheme to get the driver and housekeeper fired, thus providing opportunities for Mr. and Mrs. Kim to assume these respective positions. The trick to the scam is not letting on that the Kim’s are all related, and then proving worthy of the positions they hold.

Once the scam has been completed and the Kim’s are fully ensconced and integrated into the Park’s lives, the narrative takes a massive turn into darkness.

Madness ensues, and holy shit, do I mean that in a good way.

The film could almost be split into two stories: one involving the con, and the other concerning the consequences of their devious actions. 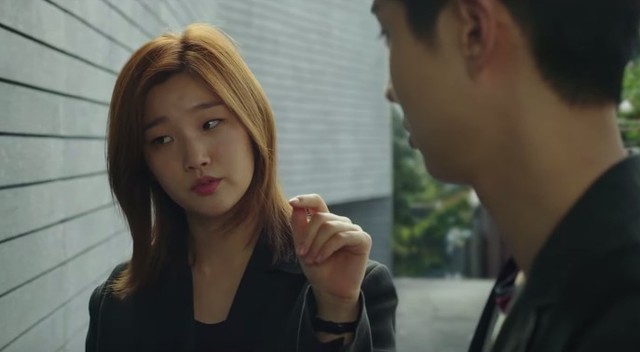 What I enjoyed the most was the indifference to expectations. Our presuppositions tell us that the Park family will have flaws that will eventually be peeled back to expose the reality beneath the surface, but Bong refuses to explore this angle. Most movies of this sort tend to present the wealthy as evil, but that’s not the case here. Mr. Park is a decent man who loves his family, just as Mrs. Park is a good woman who cares for her children and keeps the household running smoothly. The Park’s are nice people who mean no harm.

Even the Kim’s, despite their unscrupulous ways, are not out to cause any damage to the Park’s; they just want to work and make money, albeit, in an unethical way. Is it disingenuous to get the staff fired for things they didn’t do? Absolutely.

Despite this, there is essentially no villain to root against and hate, just as there are no heroes to root for, and that is a tricky narrative feature to navigate.

Who is the audience supposed to empathize with?

The climax of the film is so off-the-wall insane that it’s hard to even discuss it within the context of the rest of the film. When I say the story takes a dramatic turn in the climax, I’m talking about a narrative knuckle-ball that swerves past predictability and into Bonkers City.

And that’s really all I have to say at this point. It’s a crazy film that is truly beautiful and employs many operatic techniques, despite the ugliness at the nucleus of the film. I’d love to discuss its visual style but I feel like I need to watch it again, and there is something to be said for that. It’s so narratively engrossing that you glaze over the beauty of its composition. And I truly hope that many people see it, just for the experience of the unconventional plot and structure. We’re so used to being spoon-fed familiar narrative tropes: good versus evil, where we are hammered over the head with easily digestible ideas and stories.

This film will not, I repeat, WILL NOT end the way you think it will when the opening credits begin. And I think that’s pretty awesome.