Widows is that rare heist movie that has a heist, but isn’t about a heist.

Fueled by a superb cast functioning on all cylinders, punctuated by the amazing Viola Davis, Steve McQueen’s follow-up to 12 Years a Slave has a potpourri of elements stirred into a fiery narrative about power, family, loss, politics, race and gender all wrapped up in a heist thriller. Davis plays the lead, Veronica Rawlings, and gives a stand-out performance leading a group of embittered and grieving women (Michelle Rodriguez and Elizabeth Debicki) into a robbery her late husband, Harry (Liam Neeson), had planned to pull with the other women’s husbands. A job-gone-wrong leaves the women widows, placing them in a desperate situation, both physically and financially, and forces them into drastic measures. 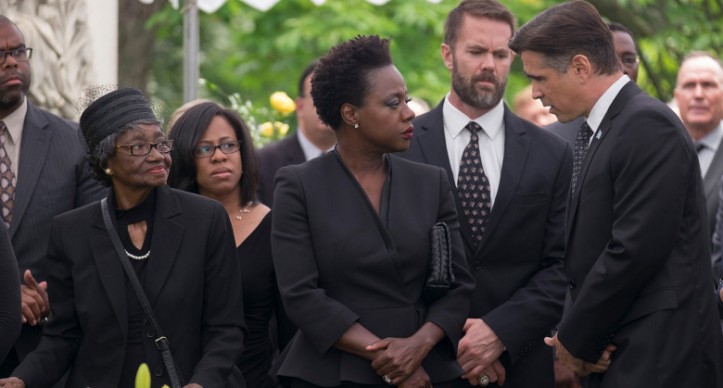 On the fringes of this tale are multiple subplots surrounding the political duel of Jack Mulligan (a perfect Colin Farrell), whose family has had a political dynasty and milked their district of Chicago for generations, and the black kingpin and wannabe politician, Jamal Manning (Bryan Tyree Henry), who thirsts for more than just street power. Neither man has clean hands and McQueen goes to great lengths to illustrate that corruption is neither the sole possession of the streets nor the bureaucracy. The agendas for both men fall far short of “the greater good”, which is its own political statement in and of itself.

With McQueen at the helm the film isn’t afraid to get dirty, which should be expected at this point considering his other feature films, Hunger, Shame, and the aforementioned Best Picture winner, 12 Years a Slave, have had difficult narratives for the average film-goer. He knows how to make a silent moment deafening by rupturing it with a quick cut or an outburst of emotion, but he’s also a master technician of the long-take, often

holding on a single moment for minutes without a cut. Several scenes display the grief these women have endured, both by the loss of their husbands, and by the lives of their husbands. And it’s in these scenes where the film carries the greatest weight and oftentimes the moments are stark and naked within the lens, able to convey love, brutality, pain, sorrow, and joy with only the image. It would be fair to call this an art-house heist film.

There are some negatives that prevent it from great heights. For much of the story the film fails to find an agreeable tone to match its ambitions and oftentimes has difficulty balancing characters and subplots. Daniel Kaluuya plays Jamal Manning’s brother and chief enforcer. Kaluuya is so incredible in the role that you seethe at the screen when he shows up while simultaneously savoring every second of his vileness dripping off the screen. It’s pretty obvious that he is enjoying the role. The problem is he gets lost about halfway through the movie, along with Jamal, and only weaves his way into the narrative when a threat is needed to keep our hopes in check. The background of the Manning family is only hinted at and it makes their storyline difficult to place.

In a nutshell, this movie should have been longer. There was so much more story I wanted told, and that’s a pretty rare thing. I want more of the widows’ story. I want more Mannings. I want more Mulligans. It feels like a crime saga condensed into just over 2 hours of movie and it leaves you wanting more. 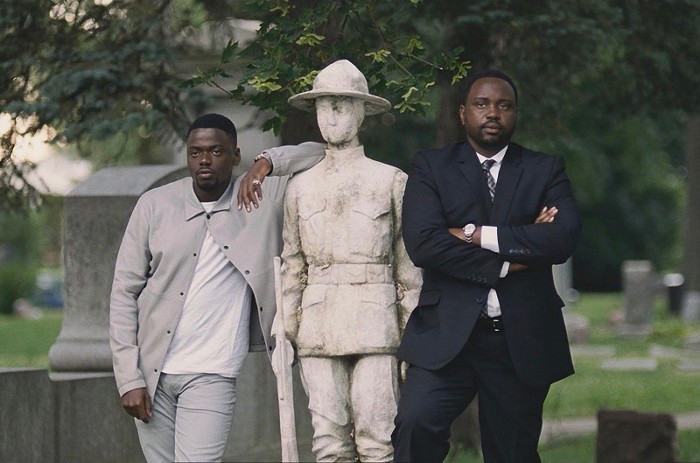 Another standout performance is by Elizabeth Debicki playing Alice, a Polish-American woman who suffered abuse at the hand of her late husband, played by Jon Bernthal. Her subplot is one of, if not the most, complex within the intertwined characters and she regularly holds her own against the likes of Viola Davis and Michelle Rodriguez.

I believe this is a film worth multiple watches. It teeters back-and-forth between tones and some of it feels out place, but there’s no denying it’s a great film and the finale is exceptionally great. Just don’t go in expecting Ocean’s Eleven.